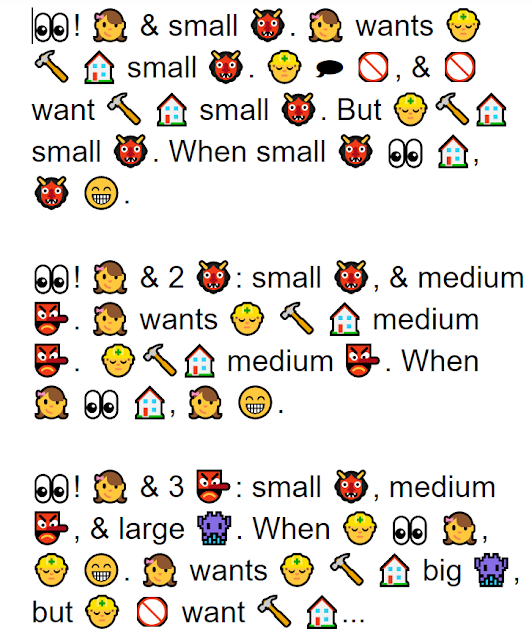 Observations
Overall, using emojis in this way is a novel way to do a story picture retell, and it is definitely one that I will do again in the future. At the same time, however, it does have its drawbacks due to a limited emoji language.
Posted by Keith at 10:59 AM