Even though I have been teaching for over 20 years and feel that I have a good idea about lesson planning/scaffolding, I still deal with timing of activities, i.e., how long will an activity take? I have done enough of specific activities to have an idea, but as teachers we know that some class periods will take longer than others due to its make up, needs, chemistry, etc. And then there are other class periods where an activity goes MUCH more quickly than expected, and suddenly, you have all of this extra time left over. What to do?

First off, I do not teach bell-to-bell. If there are 10-15 minutes left in a class period, depending on what we have been doing in class, I will give the class free time to use their phones (I always tell my students, "You give me time during class, and I will give you time at the end of class."). Laurie Clarcq once told me (when I was feeling guilty that I was not teaching bell-to-bell), "Students sometimes just need downtime in class." But there have been those particular classes where giving students that much downtime is risky (we have all had those classes), so again what to do?

The Power of Community, Good-Will, and Caring: Guest Post by Emma Vanderpool

The following is a guest post from Emma Vanderpool, a first-year Latin teacher at Trickum Middle School in Lilburn, GA.


I graduated from the University of Massachusetts last year with my Master of Arts in Teaching, feeling pretty  immersed in the world of Comprehensible Input activities and teachers. I had spent my free time scouring the multitude of CI blogs and online teaching groups gathering resources and strategies. I had observed teachers, who lived and breathed the CI-mentality in their classrooms. I had attended a multitude of panels and workshops by the best CI Latin teachers in the field, including an opportunity to spend two weeks with Keith in Italy, learning about how to incorporate CI strategies into my classroom. While at UMASS, I had applied these teaching practices and beliefs to the best of my ability both as a college Latin instructor and during student teaching at a local Massachusetts high school.

Despite the constraints of being a college instructor and being a student teacher, I was able to see the power of comprehensible input strategies. I was able to see the high-level of student engagement and the resulting acquisition of the language. It was empowering and exciting. By the time I graduated, I was full of capital B-I-G, BIG, ideas and couldn’t wait to get into the classroom.

And despite all of this  preparation, nothing could have prepared me for entering into my own classroom. It was the dream situation: I was completely untextbooked, I had the freedom to build the middle school program from the ground up, and I was completely supported in the use of not only CI activities but also SPOKEN Latin (-- which can be quite a big deal, even today). I had all of these grand ideas of the kind of teacher that I wanted to be. I wanted to use Standards Based Grading based on the ACTFL Standards. I wanted my students to have writing portfolios. I wanted to have a deskless classroom and to be using plenty of fun brain breaks I wanted…. I wanted….

And then, I got into the classroom  -- and most of my energy went not into collecting beautiful writing portfolios but making sure my students could keep track of their pencils for (a majority of) the class period. Most of my energy went not into telling stories from beautiful PowerPoint slides but just making sure my students didn’t stab each other with thumb tacks! Middle school felt like a completely different world from high school - and felt like a universe away from teaching college students. It was just as much about teaching the language as about teaching them how to be kind-hearted, responsible young people.

Finally, part way through October, it finally got through my hazy, first-year-teacher brain. I realized the importance of community and the good-will that comes with it.

Many of my students were there unwillingly -- and some unaware of what Latin class even was since the program was only in its second year of existence. Every day, I had to work to show them just how much I cared and chip away at the oh-so-cool middle school existence to get them to care just enough in return that some of the input that I was giving them was received.

I utilized a lesson from Magister P, who in turn learned it from Grant Bolanger: students must first feel cared about before they can care about others. My middle schoolers did not feel connected to the Romans, but they  did feel connected to each other. They wanted more than anything to communicate with each other and with their families as I pitched Latin not as a dead language but rather as a top-secret one. So, in my intro level courses, we focused more on every day vocabulary than on vocabulary that they would  probably later on in the typical Ciceronian or Caesarian text. From there, once they all felt cared about not only by me but their peers, we finally had a door into the ancient world.

In my intro level classes, we made a taberna (a snack shop) out of paper copy boxes, and they used the language to buy “food” (aka candy) from me. They dressed in togas to exchange small talk on the Roman streets. In the high-school-credit classes, we used things like Discipulus Illustris (Special Student) to increase the feelings of community. As the students felt cared about, we had a greater sense of community. And as I earned some more Good-Will Points, they were more willing to following our Daily Engagement Agreement (DEA). With a clearer system of classroom organization in place, I was better able to provide compelling and comprehensible messages to them. Overall, the more Good-Will Points I had, the more willing they were to delve into the world of the ancients with me.

It was then and only then I started to make a break-through and things started to fall into place. As a first year teacher, I still sometimes struggle with classroom management. I found, however, that once we had a greater sense of community and I had some more Good Will points with my students, we had a better, more orderly environment and I was finally able to not only give Comprehensible Input but to have students receive it.

My classroom is far from picture perfect. It is barely ready for a post in a Facebook group -- or a blog post. After my first semester in my own classroom, I’ve made the important revelation that as caring as I am to my students, I have to be just as caring and kind to myself through not only my successes but my failures. I’ve made the important revelation that, although  it’ll never be perfect, it’ll be an adventure as I learn how I, as a teacher, fit in amongst the theory and Facebook posts.
Posted by Keith at 11:47 AM No comments:

Here is a good post-reading, listening activity for students to work on their listening comprehension skills. I believe that I learned this from Annabelle Williamson at IFLT this past summer (if it was someone else, I apologize!). It is a very basic picture matching activity, but it requires some pre-work on your end prior to facilitation. 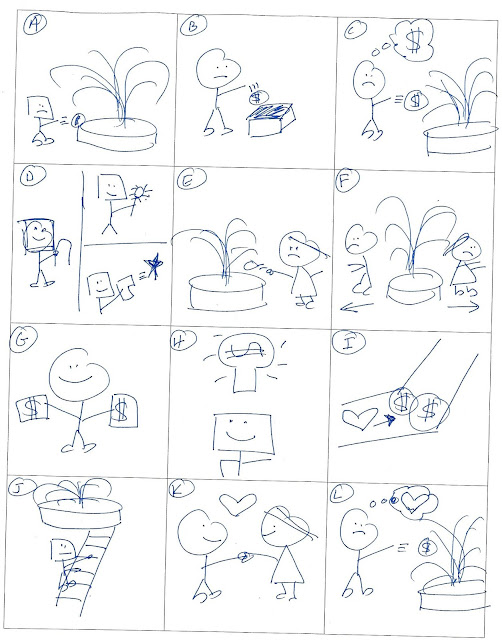 Observations
Posted by Keith at 9:11 AM No comments:

With a new year beginning, I want you to consider attending a full CI conference/training in 2020. While attending CI presentations at state and regional conferences is helpful, nothing can compare to a summer, weeklong, full-CI immersive environment. A few months ago, I wrote a blog post about why you should consider attending a CI conference, but here are links to registration pages with updated information: