Once again, I need to share an absolutely great idea which I learned from Annabelle Williamson (LaMaestraLoca) herself at IFLT this past summer. It is a simple twist on vocabulary BINGO, but gosh what a twist! I will never look at vocabulary BINGO the same. The premise is still the same as BINGO but instead of individual vocabulary words in the grid, there are pictures or screenshots from a known story. So, instead of reading out individual vocabulary words, you are calling out full sentences from that story in the target language. This is such a GREAT post-reading, listening comprehension activity.

The downside of this activity is that it requires LOTS of time/effort on your part prior to the activity, as you will be pre-making the BINGO grids for students and making different BINGO grids. You will need to know which sentences are possible for each column so that you can put those pictures in those particular columns. Yes, there will be multiple copies of the same BINGO boards among the students, which means multiple winners at the same time. I played this like normal vocabulary BINGO and pulled cards which had the Latin sentences on them out of a bag so that the game was still random. I still called out the letter so that students knew in which column to look, along with the sentence. Example: "N - pisces non erant in reti."

Below are some examples of some BINGO boards which I made for the prologue of Andrew Olympi's Perseus et Rex Malus - I created a 4x4 grid for this, since 5x5 was too small for the pictures. I made 11 different BINGO grids. 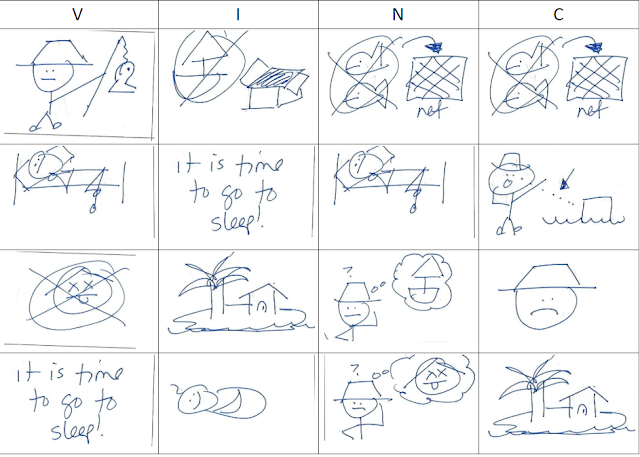 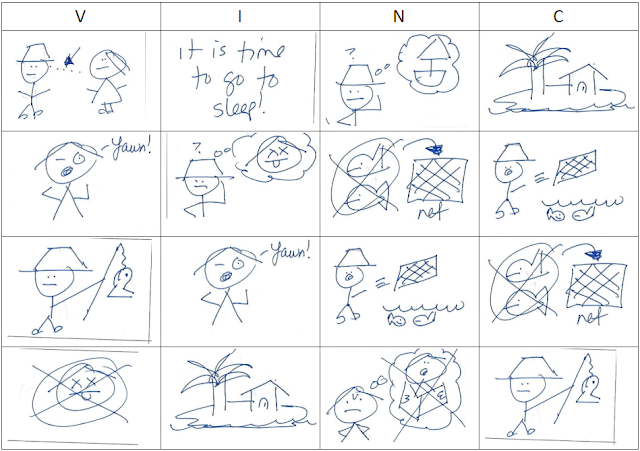 This is a twist on regular Story Listening. For the record, I really do like Story Listening. I have experienced it myself as a student, and I know its power in delivering comprehensible input through primarily listening and using drawings to aid in delivering understandable messages. In addition, asking questions and circling do not get in the way of hearing a story being told. However, at the same time, I also know that when doing Story Listening, two issues arise:
My colleague John Foulk added the following to when he does Story Listening: having students draw along with you and copy what you are drawing as you tell and draw the story. I know that some of you may say that this defeats the purpose of story listening (since learners are not solely listening), but now having done Story Listening a few times this way, I really like it. Here is why:

Here is an example of a Story Listening which I just recently did with my Latin 3's. We are starting to read Andrew Olympi's novella Perseus et Rex Malus, so I introduced the prologue with a Tier 1 embedded reading using Story Listening: 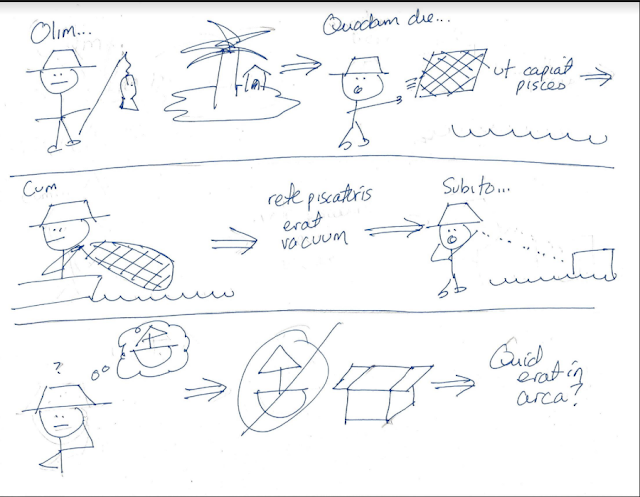 Day 1
I told the story as a Story Listening activity and had students copy what I drew. Even though this was just a 7-sentence story, it took a period to complete. No circling/questioning took place. Students turned in their drawings when they were done. As the teacher, either take a picture of the drawing or draw your own copy of it.

Day 2
I projected my Story Listening picture from the day before and then told the story again, pointing and pausing at particular parts of the picture as I retold it. Again, no questioning or circling happened. I then asked students to summarize the story in English so that I could confirm that they understood both the drawings and what I had said in Latin. I then handed back the drawings to students and had them answer some comprehension questions in Latin at the bottom/back of the page related to the story. They could use the drawings as a reference, but they had to write down their answer in Latin.

I struggle with PQA's, mainly because I feel like I am asking only a few students at a time, while the rest of the class listens. Granted it may be a compelling PQA, but at the same time, I always feel like only a few students are actually involved. Here is a way in which I have introduced PQAs while using technology: Padlet.

Essentially, Padlet is a similar to online discussion boards. One can still write comments and responses, but instead they appear like Post-its (NOTE - Padlet can be used other ways such as back chats, collaborative discussions, etc). A padlet can be embedded into a webpage, blog, classroom learning management system, or projected.

NOTE - Although Padlet says that it is a free site, it only allows you to create three Padlets for free before you have to pay. Options are to re-edit the same Padlets over and over again or to create multiple accounts with different email addresses.

Observations
Posted by Keith at 11:19 AM No comments:

I absolutely love IFLT! In Georgia, students return in the first few weeks of August (summer begins around Memorial Day), so with IFLT being in mid-July, the conference totally gets me pumped up and ready to return to school. I love attending the presentations, because there is SO much which I learn from master CI teachers. This is one which I learned this summer from La Maestra Loca herself, Annabelle Williamson.

It is a twist on the traditional running dictation. A running dictation is very much like a regular dictation, except there is a running aspect, and it is like the game Telephone. Outside of the classroom or on the opposite wall (depending on the size of the room), there is paper which has the dictation sentences in the target language. Students are teamed up usually in pairs, where one student is a runner, and the other is a writer. The runner runs to the paper, tries to remember as much as possible, runs back to the writer, and dictates the sentence or as much as possible. The writer writes it down, the writer and runner then switch roles, with the writer now running and the runner now writing.

I am not a big fan of running dictations, because not every student enjoys it or sees the purpose in it. Because the sentences may not be completely comprehensible to the students, the runner does not always understand what he/she is dictating to the writer. Plus, a lot of times, it becomes a spelling activity for the writer. In addition, when I look over the dictations, many times I do not understand what was written due to spelling errors and the "telephone" effect of the sentence changing. Annabelle's idea changes it into a comprehension activity but still preserves the running aspect.

Classtime
Examples from Monster in the Closet

Observations
Posted by Keith at 9:38 AM No comments: 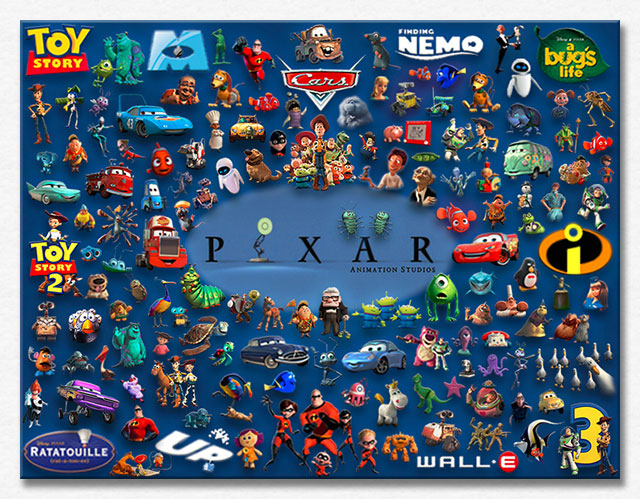 I can take absolutely no credit for this brain break - I learned this from Erica Peplinski at IFLT this past summer (in turn, she may have learned it from Annabelle Williamson). She even has her own blog post where she references this. In many ways, it is such a basic brain break, but wow, it is actually really fun - the Wii Obstacle Course. Today is the second day of school, and I thought I would try it out - it went well!

The brain break is basic: project a Wii Obstacle Course video, and have your students run the course! You as the teacher are running the course with them and yelling out commands in the target language.

The only target language TPR commands which you need are:
Directions
Observations