Last week my blog passed over 400,000 page views. Granted I will chalk up the majority of those page views to spambots, but after five years, I still cannot believe that there are folks out there who read this blog on a regular basis or even check it out. Two years ago, I wrote a post similar to this when I reached over 150,000 page views. I was blown away by that! I thought for sure by now people would tire out with what i had to say and move on.

Honestly, I really do not think that I have much to say about CI. Nor am I putting on false humility when I write that. There are so many others out there who know CI theory much better than I do, can discuss it better than I can, and actually like getting into long academic pedagogical discussions about it - that is not me at all. Look at those blogs which are listed on the sidebar - THOSE folks are the ones who understand Comprehensible Input and can talk about it with a degree of confidence. THOSE are the ones whose blogs you should be consulting. THOSE are the ones whose presentations I attend to learn about CI. But yet, I will continue to blog.


I do not blog with the intent that tons of folks will ever read what I have to say. I blog, because it gives me a place to put down and to share what I am learning about CI in the Latin classroom. I am always amazed when I meet people at conferences (especially non-Latin teachers) who say that they read my blog and use many of the ideas about which I have written, because in my mind, I still think only about five people are reading my blog. But yet, what I write here in this blog appears to resonate with CI-users and CI-seekers. I am not interested in writing about CI theory only per se (occasionally I will muse on some aspect of CI theory) but my interest rather is about how to apply it practically in the classroom (because quite honestly, I am a practical kind of guy. I do not think that anyone ever would call me an academic!).

I am excited about the CI movement in the Latin community. When I first began blogging back in 2013, there were only about 3-4 blogs out there dedicated to CI in the Latin classroom. Now five years later, there are SO MANY more out there. More importantly, the CI community at large is seeing Latin as a viable language for CI implementation. I love that there are Latin teachers presenting non-specific Latin presentations at CI conferences and that non-Latin teachers are learning from them!

So as we enter this Thanksgiving week, I just want to say maximas gratias vobis - thanks to you all very much. Thanks for thinking that I have something of value to say in this blog and for taking it to heart. Thanks to all of you who have contributed to my CI journey. I am so thankful for those of who are joining me as a result of this blog.
Posted by Keith at 10:04 AM 1 comment:

Here is a Movie Talk which I presented this week in my Latin 2 classes. I was looking for a short animated movie short for which I could introduce the words boat, board a ship, river, and fishing. Unfortunately, the National Movie Talk database did not have anything related to these words, but after a Google search, I came across this movie short (I have now added it to the database). I really like this Movie Talk, because it is a cute story involving a dog, its master, a big bird, and a can of worms with LOTS of repetitions and a very nice ending.

Allow me an excursus here to put on my ITEC hat and to address four popular digital review/assessment tools which teachers are using in class: Kahoot, Quizizz, Quizlet Live, and GimKit. 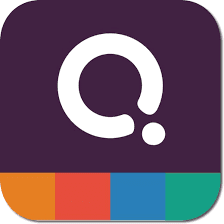 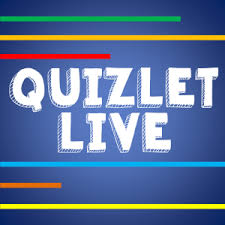 GimKit
(see here for my blog post on GimKit) 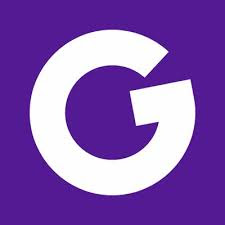 Overview
Each of these four digital tools have their benefits and drawbacks. I love the collaborative nature of Quizlet Live, while I like the immediate feedback benefits in Kahoot of reviewing questions and answers communally as a class after each question, instead of delayed at the end of the game. Quizizz and GimKit allow for the slower processor to answer at their own pace and not be penalized for it. Both Kahoot and GimKit are very engaging for students, although Kahoot appeals to the more competitive students. GimKit allows for questions to repeat on a random loop, allowing for more repetitions. Kahoot, Quizizz, and Quizlet Live are free, while GimKit is a pay service (with a very limited free version).

My recommendation: GimKit
Posted by Keith at 12:55 PM 7 comments: