Here is a great variation of a dictation which combines a running dictation on a much larger scale with QR codes. Bob Patrick and I did this activity last week with our Latin 1 with students with great success! I can absolutely take no credit for this activity, as I learned this from my colleagues Miriam Patrick and Rachel Ash, who discuss this on their blog - they in turn learned this from Meredith White, a wonderful CI Spanish teacher in our district last week.

The idea is essentially a scavenger hunt throughout the school. Students will scan QR codes, which will give them a sentence to write down as a dictation and will then give them a clue to the location of the next QR code.

I will tell you up front that this activity takes much preparation on the front end, but once it is set into motion, you as the teacher simply facilitate or more specifically, observe! 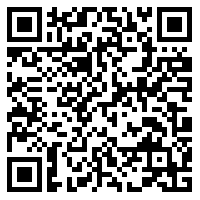 8. Repeat step #7 for all remaining sentences and clues.
9. Create a table to cut/paste the QR codes. Be sure to put the QR codes in order. My
example of QR table.
10. Print QR Code table.
11. Create dictatio handouts. Students will record their dictation on this handout. On the
dictatio handout, paste a QR Code. At the very beginning, students will scan the QR
code to receive the first sentence and to find the location of their next sentence. You
will need to create handouts with DIFFERENT QR codes so that students are not all
starting at the same location. My example.
12. Cut the QR codes from the QR code table and tape them in the various locations.
13. Print the dictatio handouts - do not collate!
14. Send an email to your faculty, notifying them of the activity, that students will be
running around the school, and to notify you of any student problems.

5. If you are using this dictation activity to introduce new vocabulary, you will want to add
in a step where students come to you for the meaning of new words BEFORE they
head to their next clue.
6. When they get ALL dictatio sentences, students will return to the class to turn it in.
7. Explain that they are to be respectful of other classes and to be quiet in the hallways.
8. Begin the activity, and watch the fun!

As I said earlier, this activity takes a lot of preparation the first time you do it, because you will be learning how to put it together. Now that I have created one, the next time I do this, it will be much quicker to prepare.
Posted by Keith at 6:50 PM