Who says that assessments must be long?!! Here is a very low-key, very quick listening comprehension assessment which I learned this past summer from Martina Bex and Elicia Cardenas while working as a coach for their Acquisition Boot Camp (ABC), and it is very simple for you as the teacher to administer. Simply, you either project two pictures onto a screen or put them on a piece of paper - these pictures are labeled A and B. You read a target sentence aloud, and you ask students to determine if the sentence is describing picture A or picture B. As a teacher, however, it requires a bit of prep work. 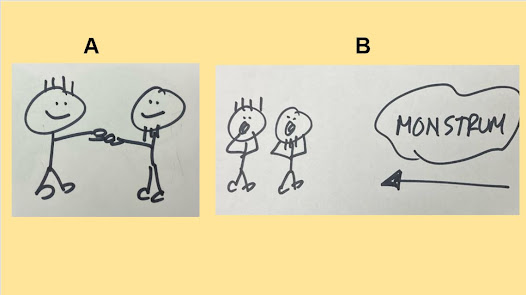 Assessment
Observations
Posted by Keith at 9:27 AM