Recently, Kristy Placido posted on Twitter a Find the Sentence post-reading activity involving emojis, so last week, I decided to give it a try with my Latin 2 classes. We had been going over the Perseus story which deals with Andromeda and how Perseus rescues her, so using emojis was definitely a novel post-reading activity. It went quite well.

In order to do this activity, you will need to type emojis using a keyboard. See below how to do this using Windows 10.
Once you activate your emoji keyboard,

Extension activity - Give sentences from the story to students for them emoji-ize.

Here is the Emoji Find the Sentence activity which I did. I have included the Latin sentences and English translations for you. 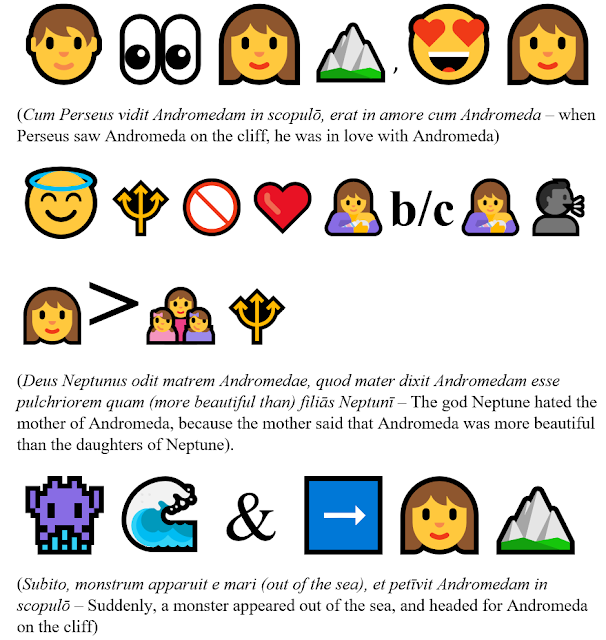 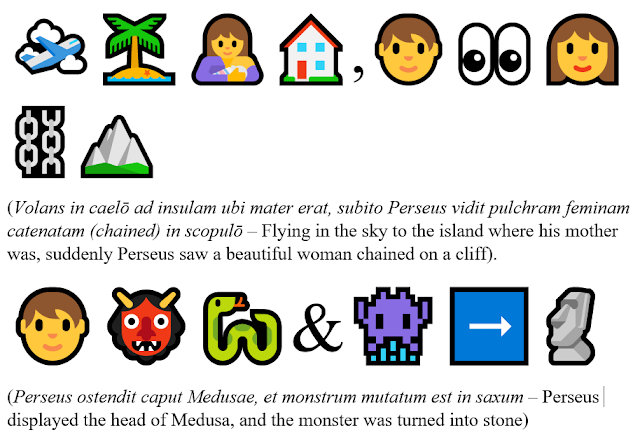 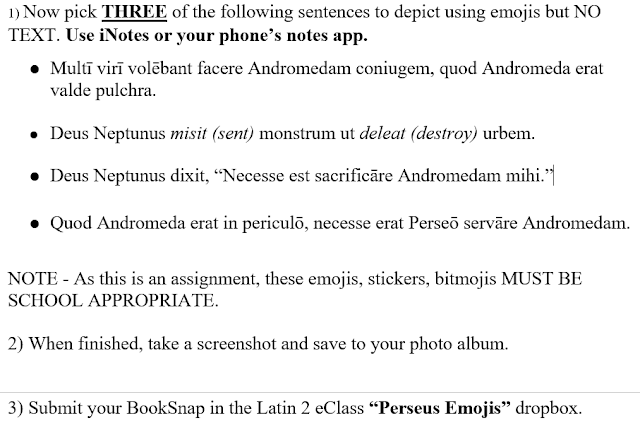