In my B.C.I (Before Comprehensible Input) days, there were lots of vocabulary activities which I loved playing with students, because they enjoyed them so much. Now that I am a CI teacher, I realize that many of them really do not lead to true language acquisition, but at the same time, does that mean I should throw them out? However, with a slight twist here or there, they can be adapted and be used easily for CI purposes. The Card Game is one of these activities.

I learned the Card Game years ago from my district's world language coordinator. It sounds like a very basic activity, and quite honestly, when I first explain it to students, it sounds the stupidest game ever. However, the Card Game was one of my students' favorite activities, because it was so competitive. NOTE - because my class is deskless, it is almost impossible for me to play this game, but if I were to have desks, I would definitely play it.

Observations
Posted by Keith at 1:06 PM No comments:

This is a great post-reading activity which I learned about this semester. When I first explained it to students, they thought that it seemed rather basic and pedestrian, but once we started playing it, it really got competitive! This activity is from Senora Chase's blog, so I will link the directions from her blog below.

Thanks, Senora Chase, for this activity!
Posted by Keith at 8:37 AM No comments:

I learned this activity from Miriam Patrick, and this is her take on Ben Slavic's Invisibles activity. This is something which I do as a warmup, and it is a really good listening comprehension activity. 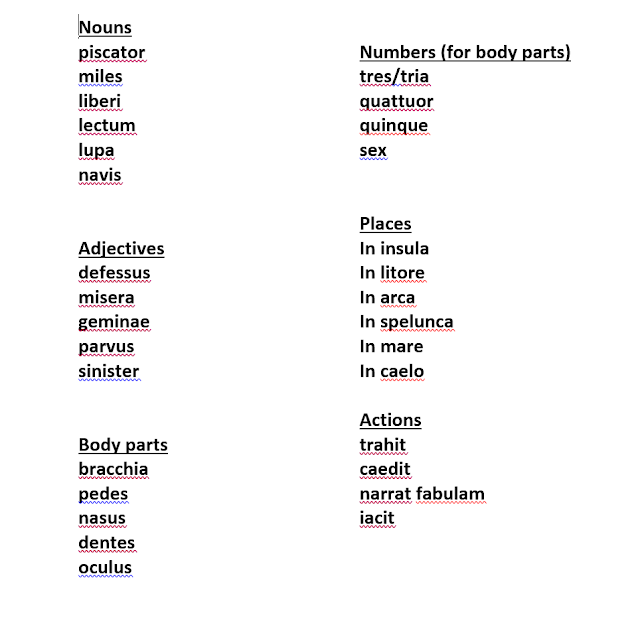