Teaching while Burned Out during the End-of-the-Year

This time of the school is always difficult for teachers and students, because by this point, everyone is burned out. Even though I returned from Spring Break feeling incredibly rested, at the same time, the final 6.5 weeks is always a mess for everyone with standardized state testing, AP testing, senioritis, and just "not feeling it any more." By this point, students are so emotionally and mentally ready for final exams (probably not academically though), because they are simply tired of it all (we teachers feel the same way). It is difficult to lesson plan during this time, because as teachers, "the well has run dry" in terms of motivation. Everything now just seems to take a lot more effort to do, and if you have more than one prep, the burden just seems heavier.

When I returned from Spring Break on April 11, I remember thinking, "We have 6.5 weeks left until the end of the school year. That is such a long time from now!" I remember telling my senior homeroom on that day, "The senior picnic and Prom are in 3 weeks," but inside saying to myself, "Oh my gosh, that seems so far away. It is going to take forever to get to those days." Fast forward to now - the senior picnic and Prom were last week, and in hindsight, I feel like those 3 weeks passed by very quickly. At the same time, it all happened one day at a time. And quite honestly, I can only be faithful with each day which I am given - worrying about tomorrow and trying to do tomorrow's work today is carrying a larger burden than is necessary. It is now May 3, and the last day of school/graduation is on May 25. Everything is all happening very quickly now, and the end is in sight. However, it will all happen one day at a time.

The Runaway Train Has Begun

Graduation is one month from today in my school district (watch me do a cartwheel out of sheer joy), but the end of the school year is ALWAYS such a weird and stressful time for teachers. This week begins state End of Course tests for students in certain subject areas, and next week will start two weeks of AP testing. The next three weeks become a game of hit/miss to see which students will be in my classes on what days, which makes lesson planning incredibly difficult. Add in senioritis, Prom, burnout in both students and teachers, trying to get in teaching new material which will be on the final exam despite students being out for standardized testing, preparing students for final exams, and just end-of the-year stuff. It can be very overwhelming for everyone.

I have been teaching now for almost 25 years, and although I know from experience that this is how this time of the year will always be, it still does not make it any easier to endure. I always liken the end of the school year to a runaway train - regardless of how I feel, the train is not going to stop whether I like it or not, so the only thing which I can do is to just hold on and to ride it out. Complaining and venting about it will not stop the train.

However, at the same time, wow - I have almost made it through another rather somewhat-weird year of teaching (nothing like the previous two though!). I can celebrate that! Despite being on this runaway train, I am beginning to see the light at the end of the tunnel.

This week, I was cleaning out my files in my Google Drive and came across this activity which I had completely forgotten about and have not used for years. It is a post-reading, writing activity which I learned from a conversation that I had with Bess Hayles at NTPRS a number of years ago and then saw demonstrated by Betsy Paskvan. It is a very low-stress, low affective filter way to get students to write without overwhelming them into a full-blown timed/free write. It is very similar to an embedded reading, but this time, students are supplying the missing information. 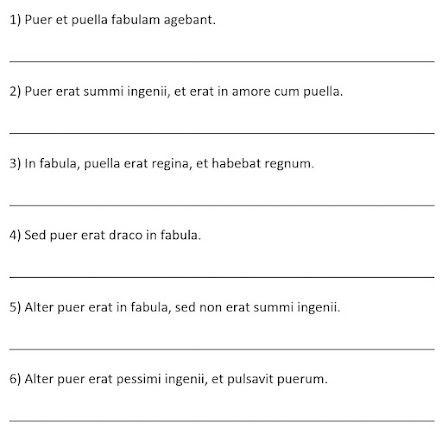 Observations
Again, I found this activity tucked away in a Google Drive file - I may need to see what else is in my Google Drive!
Posted by Keith at 7:43 AM 1 comment:

Dominoes - Putting the Story in Order #2

This is a great collaborative, tactile post-reading activity for students to apply their learning and knowledge of a particular reading using the target language. I learned this years ago at a Cambridge Latin Course workshop, and it was used in English as a culture review. However, I like doing this with a reading, since it is a twist on the "put the story in order" activity and is similar to dominoes. It requires students to recreate the story in the target language in word-for-word "chunks. NOTE - there is some prep involved prior to the activity.

Pre-Activity
Activity
Observations
Posted by Keith at 7:36 AM 2 comments:

Modifying Activities to Make Them Communicative

Last month, I worked as a coach for Martina Bex and Elicia Cardenas' online Acquisition Boot Camp course (ABC). An early lesson in the course addressed "Making Activities Purposeful and Communicative." According to Bill Van Patten, "Communication is the interpretation, expression, and/or negotiation of meaning for a purpose, in a given context." In a nutshell, we want to ensure that the activities which we implement in our classrooms have a true communicative purpose in the context of a classroom, meaning:

One of my roles as a coach was to respond to/interact with participant comments on the daily lesson discussion boards, and this particular topic always sparks much discussion from participants. For many this was a very eye-opening and somewhat pedagogical-challenging lesson. However, for the most part, participants were in agreement with the concept of implementing purposeful-communicative classroom activities, but the major questions were "What does this look like?" "What about activities like Kahoot and GimKit?" and "Does this mean that I have to create new classroom activities?"
First off, let me say/echo what Martina and Elicia say in this lesson: This is not to say that EVERY lesson and activity must be communicative in purpose. Believe me, there are days when you as the teacher and students both need a break so you play Vocabulary BINGO. And I love a good GimKit! However, so many of our existing "non-communicative" classroom activities can become communicative in nature through some modifications. Here are some examples:
So take a look at your activities and consider making some modifications to make them more communicative in nature!
Posted by Keith at 7:03 AM No comments:

One of the current buzzwords and phrases in education is student choice, or more commonly known as differentiated instruction. To a degree as language teachers, we are probably already addressing differentiated instruction, since language encompasses so many different modalities of input/output such as listening, reading, writing, and speaking. How can we allow students to learn and to demonstrate mastery in a way which best suits them and their interests?

Let me say that the topic of student choice/differentiated instruction is HUGE and cannot be fully addressed in a single blog post, nor do I want to oversimplify the topic. However, here are some initial ways/baby steps in which you can modify some of your current activities/assessments to begin implementing student choice: 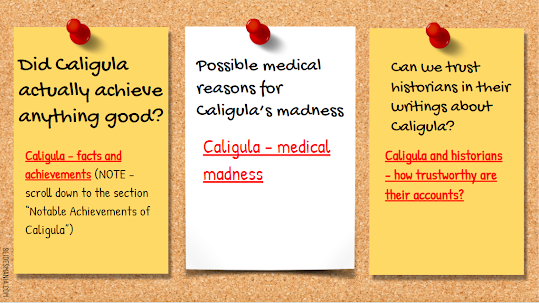 Observations
Posted by Keith at 11:13 AM No comments:

Writing in the target language is a skill which we want our students to develop, but so often we give students a topic and say, "Go ahead - write!" Students struggle to put down words, and even as sympathetic readers (an ACTFL term) who are focusing on "Am I able to understand what students are communicating errors and all?", as teachers many times we see that it can be difficult for students to "produce language." I am a firm believer that students cannot output unless they have enough comprehensible input and that students will write when they are ready to write. Personally, I feel like students can never have too much comprehensible input - we want to bathe our students in it to such a degree that as a result, students will naturally overflow with output. So if we are providing students with input, why do they struggle with writing and putting down ideas as output?

A few weeks ago, I gave my Latin 2 students a timed write where the topic was about Incitatus, a novella by Emma Vanderpool which we are reading. We had been back for second semester for 3 1/2 weeks, and I had spent the first week previewing the target vocabulary and structures through a movie talk and a subsequent reading. The following 1 1/2 weeks we read (and re-read!) through the first chapter of Incitatus, and in my opinion, I felt strongly like we had covered it to such a degree that students should be able to write about it, right? I was wrong! Now it wasn't that students could not write, but I could tell that many students were really struggling. My question was why? Was it that students were not ready for it yet? Had I not given them enough input for them to be able to output? Was I pushing them into something which was above their current capabilities? Was I at fault for possibly projecting too high of an expectation on them?

In many ways, there are other factors involved, so I cannot oversimplify the situation and say that comprehensible input is a panacea for all of this. I know that if I were to ask students to write paragraphs in L1, many would struggle even with that. So what are some ways I can assist students in helping them to write in the target language?

In looking over their post-writing reflections, a number of students wrote that we had not done a timed write since Thanksgiving (December was dedicated to exam stuff), so they felt very rusty when it came to an extended write. Other felt that they did not feel like they knew "enough" Latin from the story to answer the prompt. This feedback was very helpful.

This week, we did another timed write, but this time, I did a pre-writing activity the day before to help prepare students for the write. As a class we previewed the writing by doing a Write and Discuss, which is exactly what it sounds like: as a class, you corporately review a story together by asking students to help you retell the story by writing it on the board in the target language, and then you discuss it. We are currently finishing up a Movie Talk reading on The Smoke Seller, so since it was a Movie Talk, I projected screenshots from the animated short as prompts. Each time, I asked students to volunteer responses in Latin for what was happening. I wrote their responses (and edited their grammar when I wrote it but did not call attention to it), and students copied down what I wrote on the board. Many times, I would guide students by asking in both English and in the target language "Who is in the screenshot? What is that person doing? Where is that person? What is emotion of that person?"

On the next day, we did the actual timed write and used the screenshots as prompts.